What is an Ionic Bond?

Unlike covalent bonding, in ionic bonding, the bonding electron(s) spend almost all of their time around one of the atoms instead of being "shared." Consider NaCl, which has a sodium (1s2 2s2 2p6 3s1) and chlorine (1s2 2s2 2p6 3s2 3p5) atom. Removing one electron from the sodium requires 5.14 eV (its ionization energy), but adding an electron to chlorine releases 3.61 eV (its electron affinity). This leaves Na+ and Cl−. Brining these two ions close to one another recovers the remaining energy (1.53 eV) "spent" on the bond:

Therefore, having the ions at some distance less than 0.941 nm requires less energy than having the atoms at the same distance. However, pushing them even closer eventually requires even more energy due to the repulsive force between electrons and the Pauli exclusion principle. There is some equilibrium distance, Req​, where these forces are balanced and the bond is at its lowest energy. 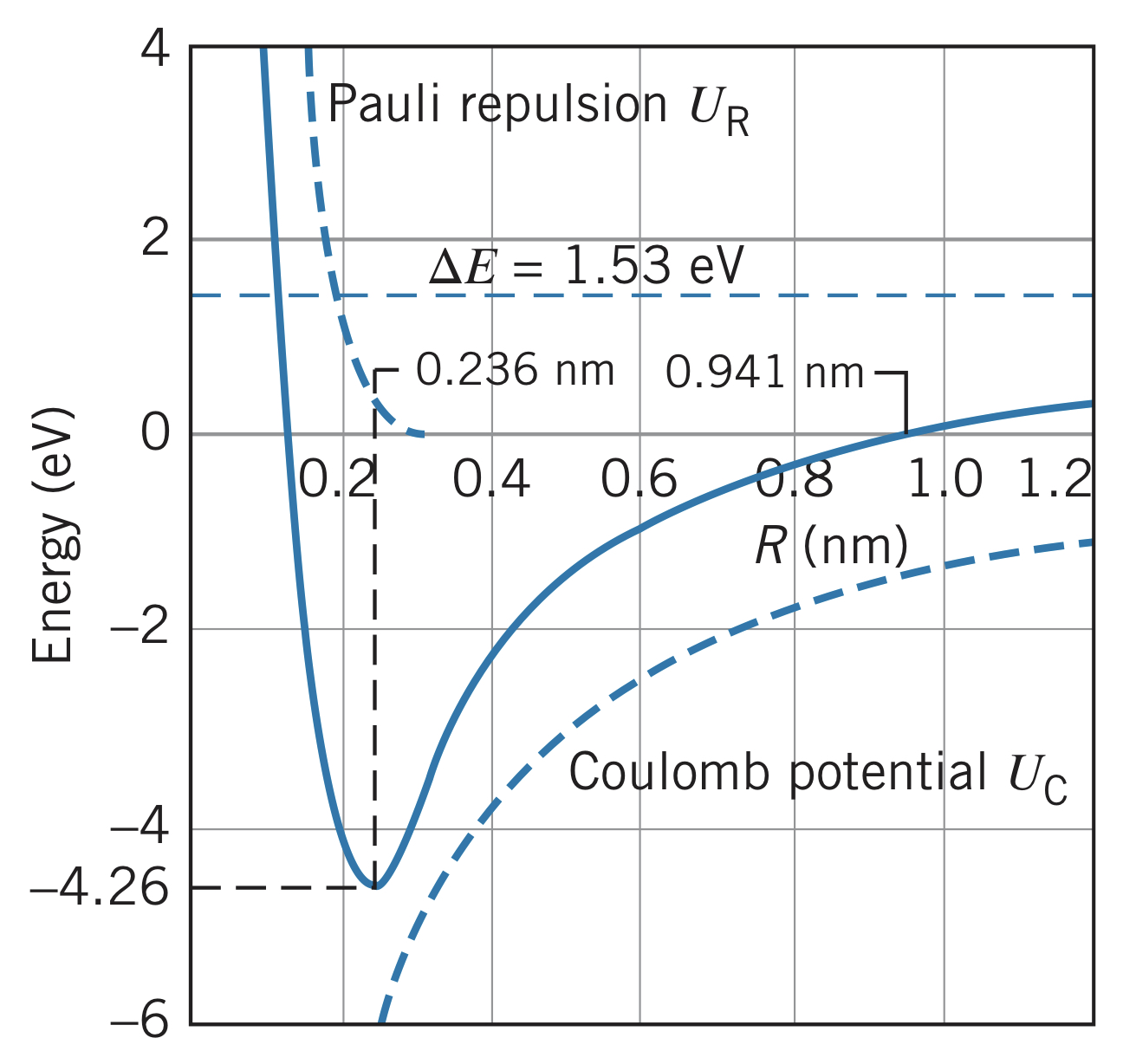 Since both atoms are exact the same, we can't expect one to dominate the other in ionic bonding. Therefore, homonuclear diatomic molecules are always covalent in nature.

Since atoms are different in heteronuclear molecules, there is no perfectly ionic or perfectly covalent bond. Instead, there can be some slight negative charge due to the electrons spending more time closer to one atom than another. Similarly, even in ionic bonds, since wave functions do not suddenly drop to zero, there is always some level of covalent bonding.

In a purely covalent bond, there is no excess charge on either atom (q=0), meaning the dipole moment is expected to be zero. However, in ionic molecules, there is a net positive charge on one atom and a net negative charge on the other.

Note: this value is slightly off since NaCl is not a purely ionic molecule.