In a classical system, a vibrating system as an object of mass m on a spring of force constant k has an oscillation frequency ω=k/m​. It has an associated energy U=21​kx2, and a maximum amplitude of xm​, meaning it has a (constant) total energy of E=21​kxm2​.

The ground-state energy (N=0) is therefore 21​ℏω=21​hf, and each energy level is spaced by ℏω=hf. Note: there is no energy state where E=0 (since this would have a displacement of exactly zero and momentum of exactly zero, violating the uncertainty principle). Instead, the minimum energy 21​hf is often called the zero-point energy.

The oscillator can absorb or emit radiation to jump to different states. However, these states must differ in N by exactly one unit. This is called a selection rule. 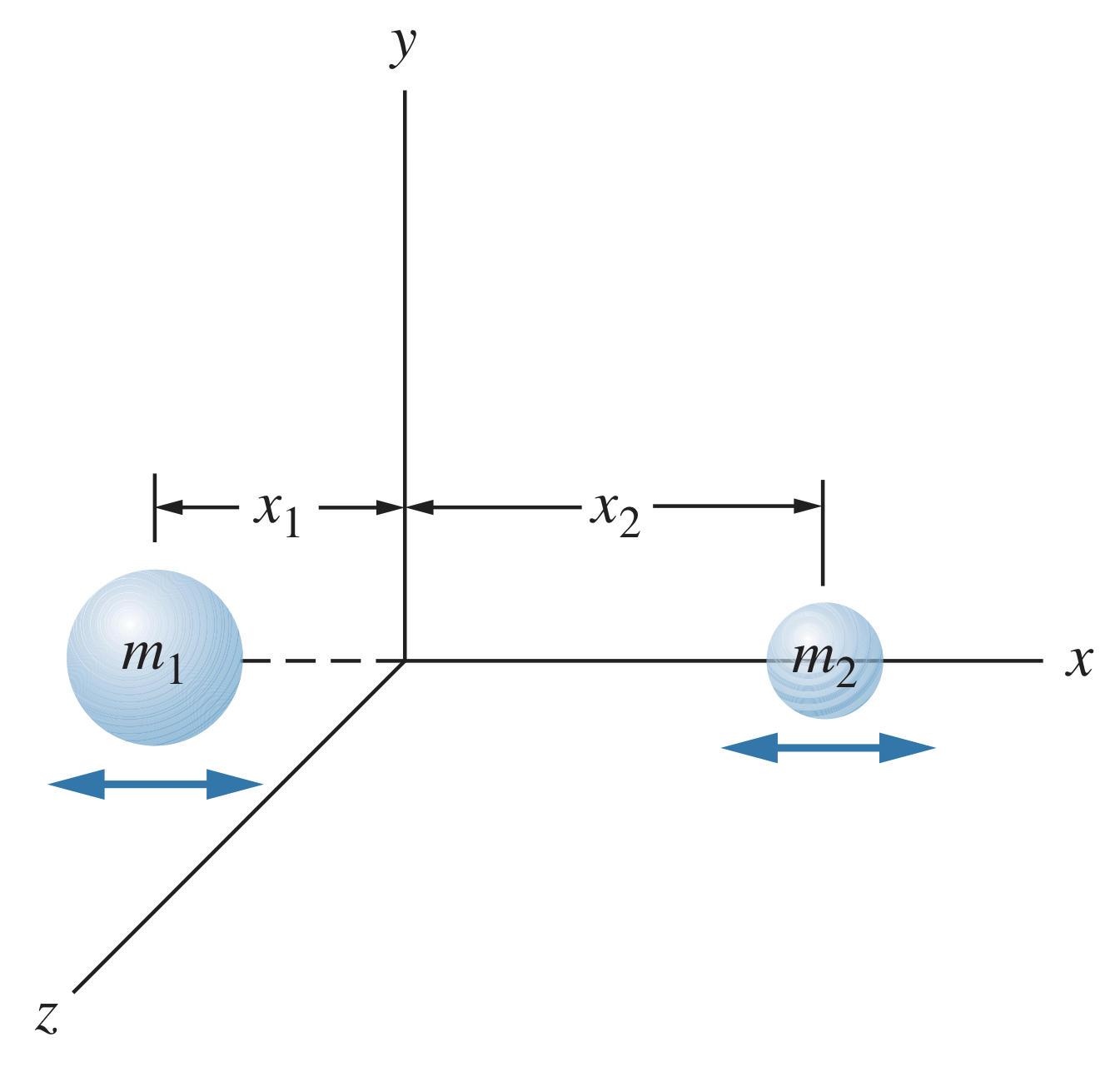 The two atoms have masses m1​ and m2​ and effective force constant k. At the equilibrium, the only energy is kinetic energy so

By using a frame of reference where the center of mass of the molecule is constant, the total momentum must be zero. Therefore p1​=p2​=p, meaning

This represents the system as if it were a single mass m moving with momentum p. The m can be thought of as an effective mass, known as the reduced mass, and it is used when dealing with the vibration of the molecule.

Note: when the masses are the same, m=m1​/2, which makes sense because the atoms both move equally. In a situation where one atom is much greater mass than the other, the reduced mass is about equal to the smaller mass (since the larger atom has significant inertia).