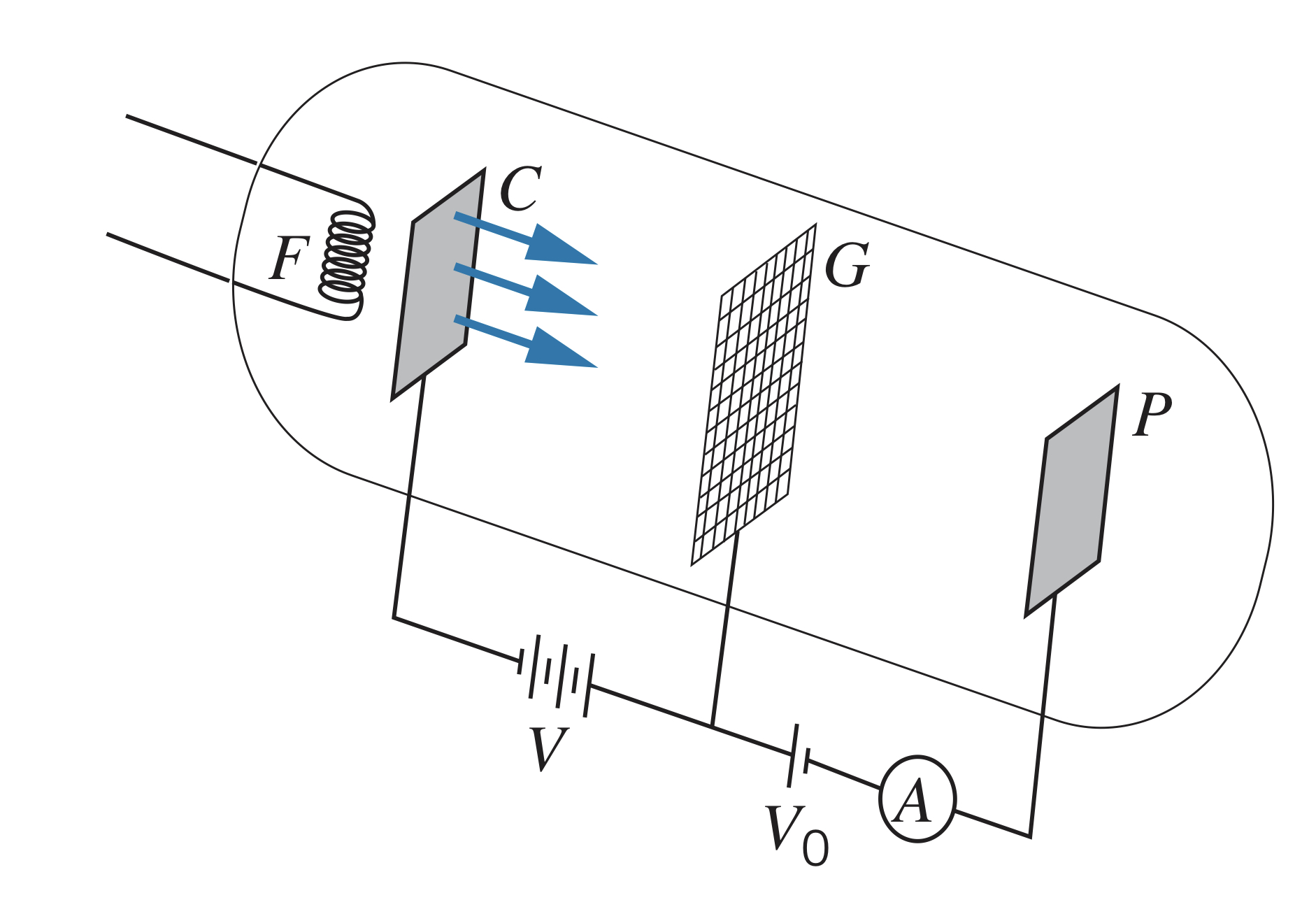 The tube is filled with hydrogen gas. When the voltage is risen, the current increases due to more electrons having enough energy to overcome the gap between the grid and plate. Some electrons collide with hydrogen atoms, but this is not a problem since the collisions are all perfectly elastic.

However, when the potential V is raised over 10.2V, some electrons cause the hydrogen atoms to excite, giving those atoms their energy, therefore not having enough to reach the plate. This is seen as a dip in the current at 10.2V. The same phenomenon occurs at 20.4V, when multiple collisions can occur.

This experiment gave further support to the energy state hypotheses. However, since hydrogen is naturally found as H2​, the experiment is typically done with mercury vapor or neon.