In small atoms, nuclei with equal numbers of neutrons and protons are quite stable, but as the atomic number increases, more neutrons are required to separate the protons due to the growing Coulomb repulsion factor of Z(Z−1). 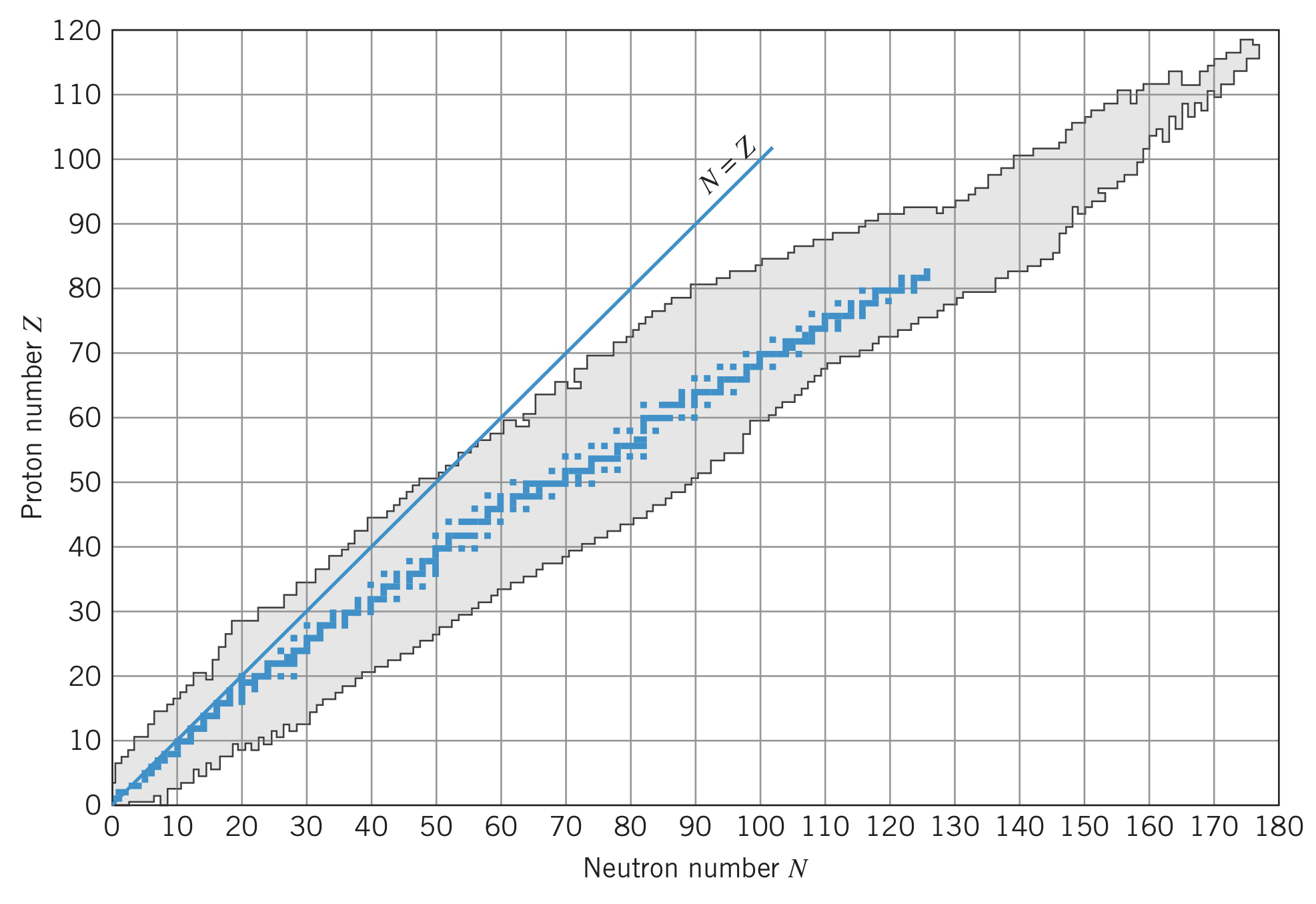 Most of the nuclei in the image above are unstable, meaning they transform themselves into more stable nuclei in one of three processes:

These processes are called radioactive decay.

The rate at which radioactive nuclei decay in a sample is called the activity of a sample. The greater the activity, the more nuclear decays per second. Activity is measured in the curie, where

Combining this with the expression of activity above, we see

where N0​ is the number of nuclei originally present at t=0. This is called the exponential law of radioactive decay. Since it can be difficult to measure N, we can multiply both sides by λ to get

where a0​ is the original activity.

The mean lifetime, τ, is defined as

The conservation of energy allows us to determine which types of decay are energetically possible and allows calculations of the rest energies and kinetic energies of decay products.

Say a nucleus X decays into a lighter nucleus X′ via the emission of one or particles collectively called x. The excess energy, called the Q value of the decay X→X′+x is

The decay is only possible if Q is positive. That excess energy appears as kinetic energy of the decay products:

Assuming the initial nucleus is at rest, the final linear momentum of the resulting particles must be zero:

Since the particle(s) x are typically much less massive than X′, the recoil momentum pX′​ yields a very small kinetic energy KX′​

Although particles (like electrons and photons) can be created via the excess energy of the decay process, neutrons and protons cannot be created. Instead, only some processes can convert neutrons to protons and vice versa. That is, the total nucleon number A does not change in decay or reaction processes.