In general, the concept of relativity allows observers in different frames of reference to compare observations of phenomena.

Inertial frames of reference are those that do not involve any rotation or acceleration, where all of Newton's laws apply. Examples of an inertial frame of reference would be floating in a non-rotating rocket in interstellar space, away from any meaningful effects of gravity. The surface of Earth is sometimes accepted as close enough to inertial for some observations, but observers are still subject to Earth's gravitational force and rotation.

A transformation describes how to change observations from one frame of reference into another. Transformations are often expressed as a system of equations, comparing two observers' (often denoted O and O′) perceived location in spacetime, (x,y,z,t).

Note: the last equation, t′=t, means that in Galilean transformations time is the same for all observers.

Taking the derivative of each equation with respect to time (this works because time is the same for all observers), we find the Galilean velocity transformations as such:

Finally, the Galilean acceleration transformations are as follows:

Physicists postulated about a medium called ether, which light waves propagated through, to explain relativistic effects to do with light.

To test their hypothesis, Michelson and Morley used monochromatic light split by a half-silvered mirror. This would then reflect half of the light and let the other half pass through. The light beams would then be reflected by mirrors, and recombined in the center before being shone on an observing plate.

To cancel the effects of the first factor, they rotated their apparatus 90 degrees to change the setup's movement through the ether (all the cross-stream ether wind would become upstream/downstream and vice versa). After careful observation, however, they saw no noticeable difference in the fringe pattern produced by the light, meaning their theory of such a medium was unsupported.

The theory is based on two postulates:

The Special Theory of Relativity

Similarly, for an object moving away from an observer, light needs to travel a shorter distance than it would need to if the object were stationary (see image below). 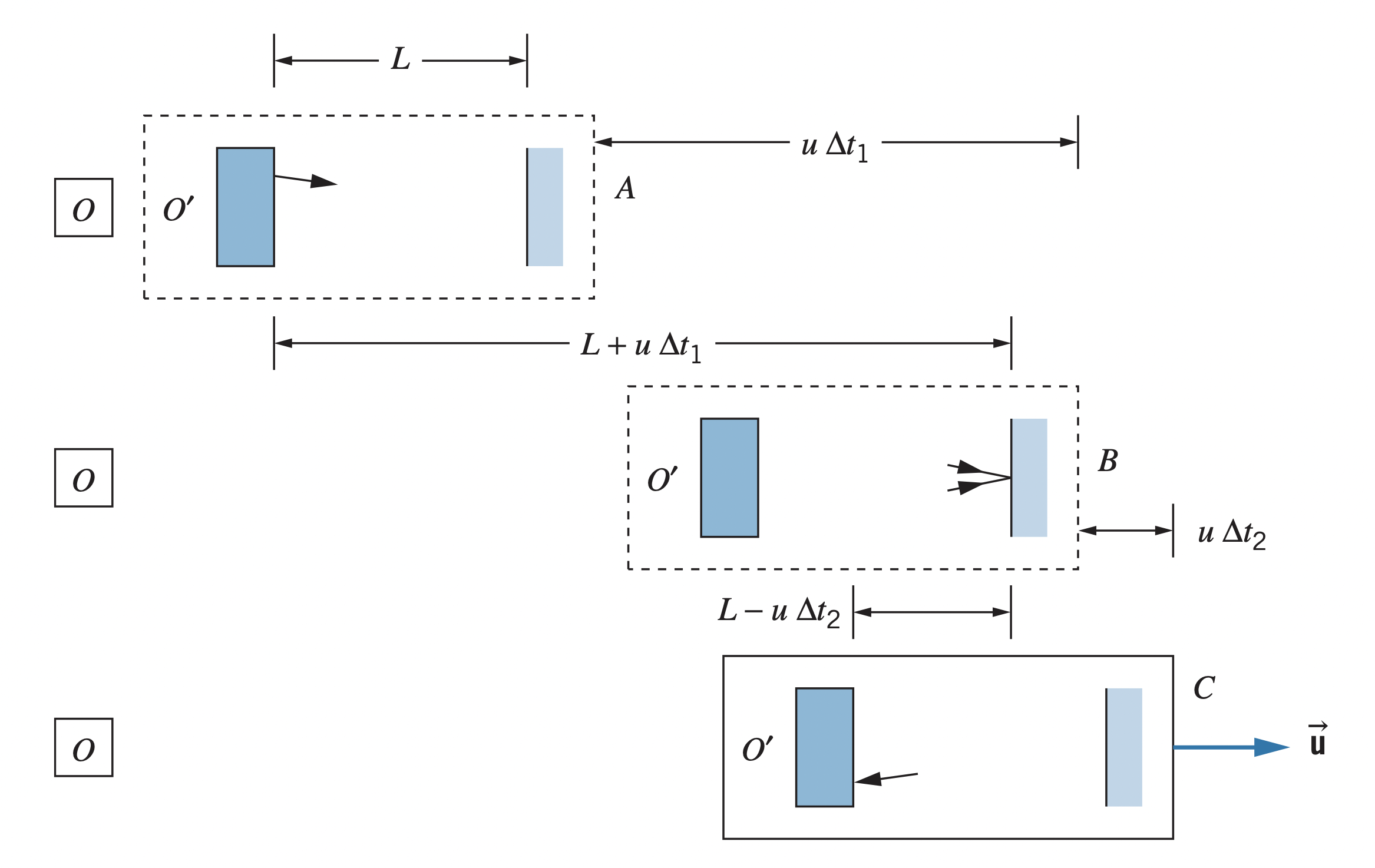 This results in the effect known as length contraction, which is described by the equation below:

Stationary observers always measure objects moving to be shorter than they would be if they were stationary. The proper length, L0​, is the length measured at the same instant in time, by the observer not moving with respect to the object.

Because of a lack of reference medium for light, classical doppler shift does not work when analyzing light. Instead, the relativistic doppler shift equation is used: