The Principle of Uncertainty

Real waves can be described as wave packets, which are disturbances localized to a region in space. Wave packets occupy a small region of space, Δx, but it is difficult to determine exactly what the wavelength is because it has no definitive beginning or end. This uncertainty, Δλ, can be represented as a fraction, ϵ, of the wavelength: Δλ∼ϵλ. The fraction ϵ is certainly less than 1, but is probably greater than 0.01, so it is approximated as ϵ∼0.1 within an order of magnitude. 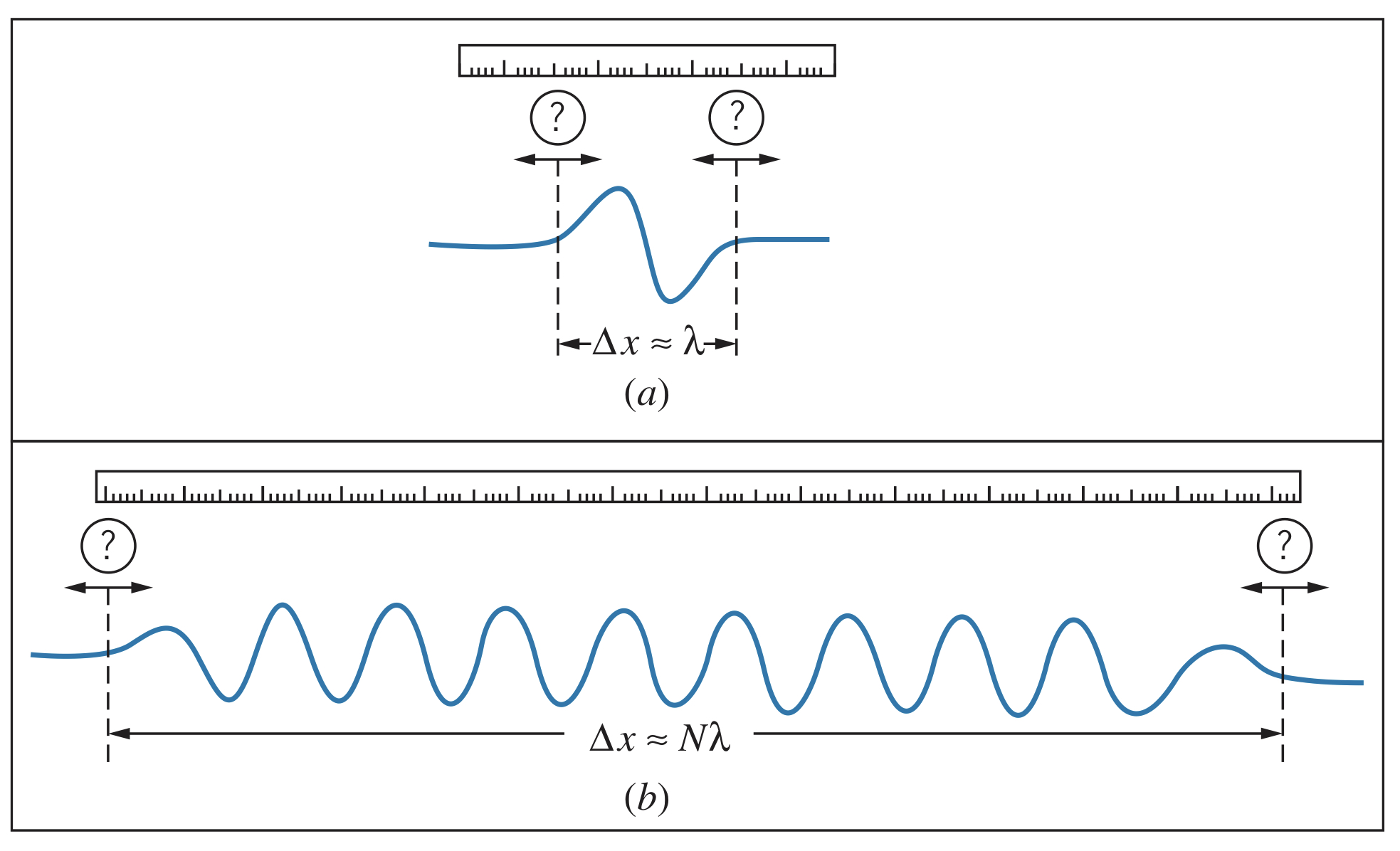 In words, as Δx becomes smaller, Δλ increases. Even for a longer wave packet, like (b) in the image above, Δx becomes Nλ but Δλ becomes ϵλ/N, so ΔxΔλ is still about ϵλ2. Therefore, this is a fundamental property of classical waves, and the first of the uncertainty principles for classical waves.

Imagine that instead of measuring the length of the wave packet, we instead measure the time it takes to pass using timing devices. In that case, the size of the packet is one period of the wave, T, so the difference in times on the clock, Δt, is about T. But we encounter the same problem about finding the start and end of the wave cycle, so ΔT∼ϵT. Therefore,

This is the second uncertainty principle for classical waves, and shows that for a wave of a given period, the smaller the duration of the wave packet, the larger the uncertainty in our measurement of the period.

Rewriting this in terms of frequency, we know f=1/T, but Δf=1/ΔT since this would imply the uncertainty in period and frequency are inversely proportional. Instead, we take the derivative:

Combining this with the previous equation with ΔT, we get

Therefore, the longer the duration of the wave packet, the more precisely the frequency can be measured.